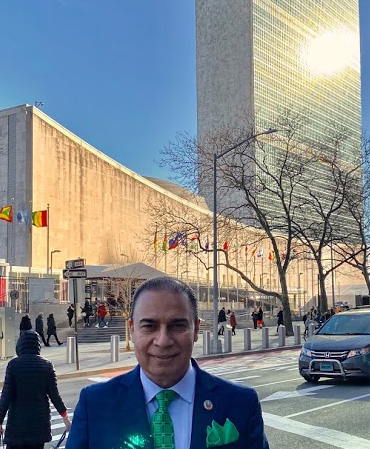 New York based businessman and philanthropist Bobby Kalotee has lately been in the news for his appointment by Government of Malawi as Liaison Envoy to India, Pakistan and Bangladesh. His charity work in Malawi did not go unnoticed and the government of Malawi conferred on him the rare honor. He is the first Non Malawi to be appointed to the prestigious position. Our readers would obviously like to know more about this gentleman who has done India and all Indians proud.Well, to begin with, Bobby was not born with a silver spoon in his mouth. He is a self-made man. A father of five children Bobby is a living example of courage and entrepreneurship. Born in Jalandhar, India, he left his home in early 1980 when he was still a teenager to begin the journey of his life. Supported by his family and his father, Bobby set off on a path to an alien worldobserving life and learning from experience.

Working in a Greek owned merchant shipping company he landed in America and stayed here by chance. He also found his love in USA and married to an Irish lady who helped him fight the obstacles of life. A curious Bobby got interested in politics. He joined Republican Party in New York in 1983, observed the functioning of democratic institutions and learned to mobilize public support for various causes. Today, he not only runs his business but also is engaged in a variety of social work and activities, such as, shipping soccer balls to Latin American countries and raising funds for the earthquake victims of Gujarat. A firm believer in destiny and God Bobby remains deeply attached to his Indian roots. In spite of a busy and successful life in USA he cares about his native land and works hard to help his community. A man who denied himself a formal education learned everything from life.

“I met at least 50 people from whom I learned a variety of lessonslessons that helped me become prosperous and successful”, he says. Currently National Chairman of All American Political Party. Chairman Independence Party of Nassau County, Vice Chairman of New York State Independence Party Committee and National Executive Director of the Independence Party of America, Bobby is associated with a number of political, social, cultural and financial institutions and organizations; and has profusely been awarded and honored. His offices in Long Island are a veritable museum of pictures with dignitaries from across the world, the charity work done by him and his organizations in Africa, Latin Ameerica, India and of course, USA, and scores of proclamations, citations, certificates and trophies. One man and so much, one begins to wonder.

The Indian Panorama spoke with Bobby about his life and work.

Here are the excerpts: Indian Panorama: How do you describe yourself?
Bobby: I am a God fearing man, a happy father of five children and a compassionate community friend. I am thankful to God and my parents for their love and blessings because of which I accomplished great success in life. I believe in helping others and follow the path shown by Guru Nanak Dev ji, who said: ‘There is nothing greater than being
humble and nothing worse than being proud of yourself’. I try to live a simple life following these thoughts.

Q. How do you define success?
Ans: You are successful if you reach the goal you set in your life. I always felt that I could accomplish the goal of my life with the blessings of God who writes the destiny of everyone. I used my brain and common sense to learn new trades. I was fortunate to get help from friends. I learned to deal with people. In America these things happened
fast. I launched a number of successful businesses in the past and continued to do innovative things. Currently I am finalizing the launch of an electronic voting machine called EZ voting. I am confident about success of my new product.

Q: Who in your family influenced you most?What was your family’s contribution in shaping your life?
Ans: I was raised in a large family with 27 cousins and a number of uncles. My father influenced me most. He and a number of my family members served in the Indian Defense Forces. Dad was an independent minded man. He didn’t interfere in my life but always encouraged me. Because of his generosity I could leave home for abroad.

Q: Tell me about your education?
Ans: I didn’t receive a formal education. I didn’t want to go to school. I got my education in the Gurudwara and at home. I think the best education one gets is from life’s experience. I traveled a lot. I left home when I was a teen-ager and roamed around selling toys and household things. I worked in restaurant. After seven years of traveling in
many parts of India I returned home.

Q. How did you compensate for lack of education?
Ans: I always learned from life. Any thing new I saw I wished to know about it. A number of friends helped me in life. Some taught me to do business. Others taught me how to deal with people. I learned a variety of lessons from at least 50 such people in my life.

Q. Did you ever regret for not having a formal education?
Ans: When I was in India lack of education was not a big issue. I knew many people who were helpful. It is an interdependent society so education doesn’t always matter. But I felt the need to be educated when I came to America and had to deal with people. At that time I realized that lack of education hampered my ability to communicate with
others. I regretted not having a formal education.

Q: How did you arrive in America? What challenges you faced here?
Ans: I was working in a Greek owned shipping company and had to travel from USA to Greece quite a few times. Once, in
1982, I missed my flight in New York. I stayed here and decided to make New York my home. It has been a long journey since then. I established my business, got involved in politics and then philanthropy.

Q: Are you contented with your life? Do you miss something?
Ans: I am very content with life I found my Irish wife in New York who gave me five wonderful kids. My businesses grew, so didmy network with people. In politics I worked in Republican and Independent parties. I mobilized votes for a number of politicians. I am involved in many charitable organizations in the fields of medicine, social welfare and
community service due to which I was honored at various occasions and events.

Q: How do you help your community?
Ans: I have raised funds for a number of events on many occasions, especially to help the victims of earthquake in Gujarat. I worked with Jack Brewery Foundation to donate 50 thousand indestructible soccer balls for kids who could learn team building. This project was implemented in Latin America where 10 thousands such balls were distributed. Now we are going to do it in India.

Q: What is your future plan?
Ans: I want to continue helping people. I am planning to launch my electronic voting machine soon on which my staff is working since 2005.

This message is only visible to admins.
Problem displaying Facebook posts. Backup cache in use.
Click to show error
Error: Error validating access token: The session has been invalidated because the user changed their password or Facebook has changed the session for security reasons. Type: OAuthException 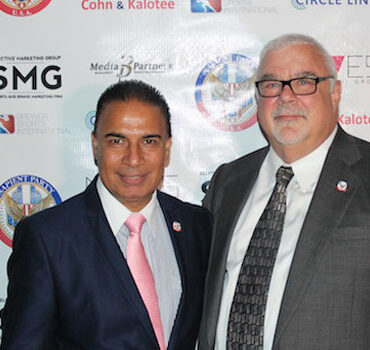 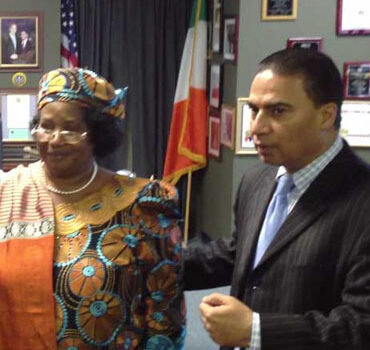